We hope that you learn how to grow your quoft so that one day you too can become an honorary member of QuoftGang.

Here's a picture of the current Super Quofts! 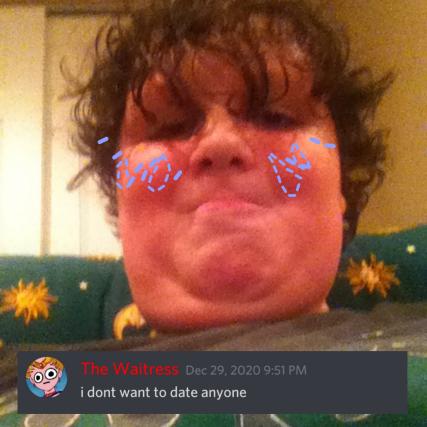 Let's give Gaston a warm welcome!

Hey egg-head, I got a question.

If possible would you join QuoftGang?

Dude, I have been waiting forever for you to ask. I would LOVE to join QuoftGang

Our headquarters is located at 407 Portland Drive, Wagsville, Wagmonia. Swing by for a cup of coffee or to get any questions answered.

Here's a short list of QuoftGang members & their ranks:

Contents of this manifesto have been released to the public (and written) on date: 1/17/2021

You may think that this is some sort of joke, or a prank. But it's not. I am serious, We are serious.

I'm sure you'll find this hard to believe, since no one who truly plans to take over the world would reveal their plans right? Wrong. Hiding things in plain sight is the best way to ensure succes. I don't know the reasons behind it, but the current elite & world dominators know this (Illuminati, Club of Rome, Bohemian Club, Council of 13, ect). Although we aim for world domination, QuoftGang is not the enemy. The enemies are those who wish to depopulate the Earth, to rule it under absolute power, to become 'the elite'. Yes, those people, who have lost their battle with their ego.

Let's begin with the basics. In order to control a large group of people, you will need the majority to:

Both sides of this exist today. There are people who chase the truth, about things like the Federal Reserve and the Rothschilds, and redpill stuff like that. The majority however, remains clueless. They are taught to be like sheep, and to just accept whatever they're told. It's the process of authority, I guess.

The current world dominators created corporations to keep them in control. They created banks, and corporations and businesses that are necessary & people depend on. For example, pharmaceutical companies (keep people sick), tech companies (spy on people), or basically anything else that you could possibly imagine. These are just forms of control. This is an important step in understand how to rule the world.

Poisoning the Water Supply - In order to control the world, you need to dumb them down and keep them ill. Fluoride is already being used to do just this. It literally causes IQ deficit, it's perfect. We can use this to our advantage.

Depopulation - A lower population count makes it easier to control people. Things like vaccines, viruses, ect. We can't just depopulate though. We will have to find ways of steralizing the planet, so that there isn't a huge boom of people afterwards. For this, we will need to take control of the hospitals, dietary guides, food productions/regulation, vaccination processes,birth control/abortion control, and pornography.

Rights - Rights to firearms, uncensored information, and freedom, must all be taken away. We must set the narrative that in order for people to get what they want in life, they have to work. They have to earn money. That's right, that way people will be too busy earning money and working to live, that they won't have any time to think about what's happening to them.

Poison the Sky - By poisoning the air that people breathe, we can reduce their numbers and intelligence. We can cause large amounts of paranoia, leading people to believe that no matter where they go, they lose because they are poisoned.

Becoming Puppeteers - In order to become a puppeteer, you need puppets. Corrupt politicians and news anchors and companies are everything, we just need them on our side. How? We can try paying them or giving them things that they want. There are many pedophiles out there, infact I'd say 90% of politicians or anyone who's in on it is a pedophile. Thats how they're controlled, they are given what they want. QuoftGang is not evil, and so we refuse to do things like that. We also don't want to show any signs that WE ourselves are controllable, or we may be taken advantage of. There's always the use of mind-controlling substances (drugs), and rewiring another humans brain to have them do what you want them to do is very simple and easy, despite how complex the brain is. I think this would be our best bet.

Division of People - In order to control people, you also need to divide them. Things like religion, politics, class or really anything that turns people against each other will work. Why do you think we have wars? Not only do they divide people, they are profitable.

Pornography - When a person masturbates/orgasms, they receive high amounts of dopamine in the emotional centers of their brain, and not any in the reasoning area of the brain. This causes paranoia and is self destructive behavior. That is why scientists are paid to specifically do studies on the benefits to pornography and masturbation, and not to find any negatives. It doesn't matter if there a few people who expose the issue, because people can become addicted way to easily. It's basically a drug, the dopamine that's increased works the same way and drugs given to those with ADHD or such. Too much dopamine causes the brains receptors to become used to the sensitivity. This means that people will become unmotivated, meaning that less people will try to stop our plans for world domination.

If we can place ourselves in positions of power, then we can be safe. But first we need to expand our numbers. QuoftGang needs to grow, into a strong vessel to dominate the world.